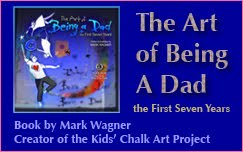 The Art of Being a Dad
book on sale @ blurb.com

We got a ping pong table. It opens up and we use it on the side deck, it's new and a fun family thing. My oldest thought she'd open it up by herself and yes, it rolled over and the bottom wood piece snapped in half. No one was hurt, no large window doors smashed, but boy, was she freaked out! I was glad that no one got hurt.

Hum.... as I looked it over and we took it apart together, I saw what needed to be fixed. I even found some of the ping pong box crate wood that would be a perfect match. So I did the cool dad thing, we pulled out the skill saw, drill, hammer, and tape measure. I asked her to get a wrench from my tool box and she smiled and said, "what's a wrench?" That's so cool, my 14 year old doesn't know what a wrench is and I get to show her (along with showing her the difference between a Phillips-head screw driver and a common).

I gave her ear plugs and eye protection. I showed her how to do everything but made her do everything herself, and we worked together, it very satisfying for a dad. First time with a skill saw in her hands, and it was the skill saw that my dad bought me years ago. I had her practice 5 times before she said she was ready to make the final cut, and she did, and it was good enough to call perfect!

All this took place while the younger daughter was raking leaves and filling the green bin. She's been known to never get outside during the day so I lean into this and get her sorry butt outside and put her to work. She doesn't like it at first, she tries to take breaks that would lead into hours if I didn't keep calling her back. But in the end it's really good family energy. I feel good, I know the kids feel empowered, useful, connected, doing new things, and mom likes it when she returns and finds out that we also totally cleaned the frig! 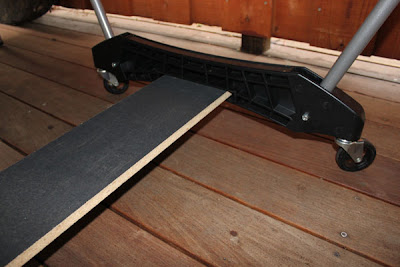 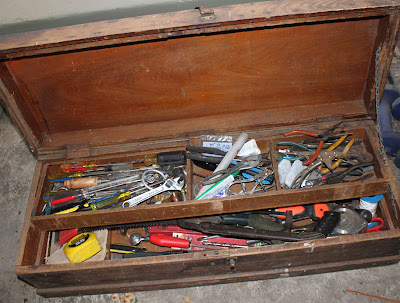 I told her that one of my jobs is to show her how tools work and that when she goes to college she'll get a tool box from me!
•

Posted by Mark Wagner at 2:47 PM No comments:

You're Suppose To Look Good, But There Are No Mirrors 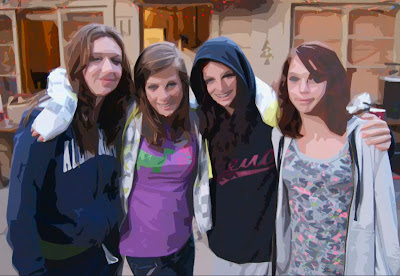 Last weekend was an annual family/community campout that my family has been going to for years. It's connected to a larger men's group that I belong to (ebnom.org). This year was the biggest one so far, around 150 men, women, kids, dogs, babies, grandparents, singles... all tent camped right on the Russian River in Northern CA.

This year was the biggest gathering of teens I have seen - that's a good sign of family and community. My oldest daughter (14) said, "I hate camping, you're suppose to look good, but there are no mirrors." I love that!

I drove up with 3 girls (the other girl is 15 and has been with our family in many way for years). The ride was for a few hours, the girls were in the back seat of my truck, my dog rode up front with me. My wife was coming up next day.

I had been working for hours packing and getting ready. I do a lot for the camp out - firewood, music, movies, meditations, meals, performance. The girls were singing in a way that was just driving me nuts - I put in my ear plugs - that helped a little. When we got to the site the older girls wanted me to drop them off at the bathroom so they could put on their make-up. Camping!

Packing up earlier, as I mentioned I had lots to do. I worked on enrolling the kids to help. I noticed my younger daughter was just laying on the couch. Part of me couldn't believe that she was doing this, I felt angry and frustrated but then I realized that she needed a job, she needed to be told what to do, invited in. I found her a project and she slowly moved into it and I was grateful and thanked her for helping. Someone later mentioned kids close down and pull back if they don't feel connected.

At the camp out, we arrived a day early because we can, and it's nice and quiet. But there I was, burnt out, and with 3 girls. Hum.... I actually wanted to be alone. We walked into town at night to have dinner, the 4 of us, and then again in the morning, the 4 of us, and I found myself not wanting to be with just them. I was grateful when more people showed up and more kids were hanging out and my kids were gone and I knew they were taken care of - that's community!

My time was getting some alone time on the river with 2 men, we each were in kayaks for over 2 hours - ah...... after that I was good to go and had a fantastic time.

Next day the kids both left for 2 weeks of circus summer camp. Nice break, first time ever that the house this empty for this long.