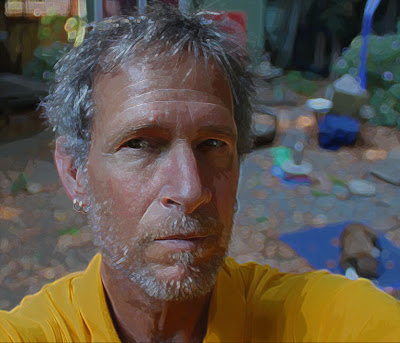 Being a man and father who has grown up camping, hunting, fishing in rural Pennsylvania, I have a solid connection with nature and the Earth. I've also been fortunate to be involved in Native American Indian ceremony and some very powerful initiation rites. I walk a sacred life now and always will until this robe drops

I mostly teach by example and let them free to be who they really are. I now have two teenage girls whom can be brought water but not made to drink - or something like that.  But I am concerned about the culture, the unconscious side of technology and the media, living in the suburbs where nature seems far away though the front yard is pretty darn close and an amazing place. But getting my girls to even hang out in the front yard is at times impossible. Fear of spiders, a teen girls social life, the foreign idea of helping out around the house, they almost always trump watching the wind, sun, and leaves playing.

Several years ago I asked a few women friends to do a rite of passage day for my 16 year old. My wife, her mom was not involved in the process, better to have the "Aunties" do it and anyway my wife isn't wired in thinking it's that important. My daughter enjoyed it as much as I heard. She said she'd "force" her kids to do it to, which was her way of saying thank you to me - I got it.

Over the years I heard through a spirit person that more rites of passage would be good for my oldest daughter, it would be good for her spirit, help her in the bigger picture, and she'd be working with younger girls and it would give her extra confidence and things to share. I told her about this, asked if I got someone to run a group would she be interested, and even maybe ask a half dozen of her girlfriends to be involved. She said she was.

It took almost a year to find a woman who works with teens and rites of passage. As time drew closer my daughter kept putting up more negative energy towards it happening. I know her and know this is her way of protecting herself, and staying away from anything new and out of her comfort zone. We had a talk one day in the car where she basically said she was "sure" she wasn't going to get anything out of it and that she'd only be doing it for me, and that I should drop it. And so I did - for about 3 days.

I just couldn't. It was in my heart loud and clear. I have a brief moment in time/space where I am physically connected to my daughter and to 6+ other girls who I have known since they were in kindergarten. Some of the girls could really use some guidance, wisdom, direction, find something inside themselves that they can hold onto in a storm. 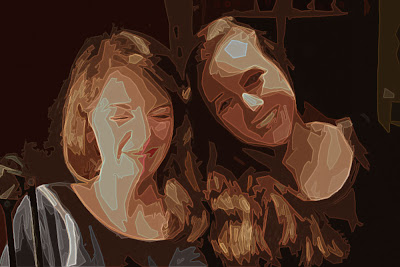 Rites of passage are old and new initiation ceremonies and rituals that push and squeeze a person through a doorway, in this case from being a kid/teen into becoming an adult. Bi-products of initiation are responsibility for self, others (friends and family), community, and ultimately the world. Without these a person could stay stuck, still be a teen in a 50 year old body, not free or grounded, still acting out, hurting others and being hurt, not anchored in their mature masculine or feminine body.

So.... I was sneaky, I talked to another girl who is like my other kid, she's my girls best friend. I told her everything I know about these rites of passage. She was interested and excited and together we tricked my daughter into at least meeting with the woman who runs groups. I figured my ultimate job was to just get them together and after that, they could do what they wanted. And so it happened, it went down well, I was invited by the 3 of them to sit and listen. In the end they all made a date to meet again.

Well, over that time the girls talked and decided together that they didn't want to do it. The drinking water thing. I feel so good about it all. I followed my intuition, didn't take a no, kept following my truth and took it to where it wanted to go, full contact. AH..... my rite of passage.

And truth be told, I also feel like a failure, living near a city, not getting the girls and family outside enough, not growing up quality time in nature where it's unplugged and quiet, and having my girls grow up being OK to be alone in the woods. I know it's all good, and will be in the long run.  How? Because I know it in my heart now as I write this.

this blog was originally designed to promote my book:
www.theartofbeingadad.com
now it's the second book, dad with teen girls, in draft... 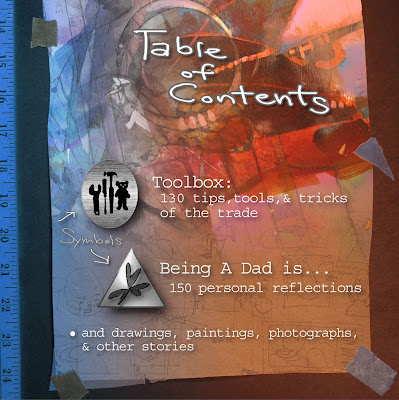 Posted by Mark Wagner at 5:43 PM No comments: